Many spectators of the Matjes Grand Prix last Sunday rubbed the sand from their eyes in amazement when all the takeaways along the desert racetrack in Qatar were suddenly labelled in German language.

The original signs, on which typical dishes and drinks were offered for sale in Arabic letters, were removed and replaced shortly before the race start. 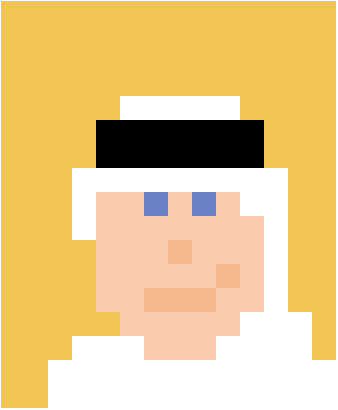 “Camels love snack bars and takeaways, and they instinctively read what there is offered while running. However, all the camels which were participating came from European breeding, so they do not know the Arabic language and writing, which meant that they had to read from right to left when running from left to right. Some even galloped backwards. The training races in the morning went so slowly that we were forced to replace the signs.”

A few days ago the MIG paddock was visited by a cold-blooded horse who, according to his own statements, fled Brexit at the last moment, hopped from the British Isles, slipped through the English Channel, swam along Friesland and up the Elbe from Cuxhaven to find a new shed.

It is a specimen of the rare Giant Nosehorse (caballus nasus colossiaeus). The newcomer with the name Schalk im Nacken got a sleeping box in the stable with the other four MIG horses and was immediately registered for the Corona Cup 2021. Schalk im Nacken (short: Sin!) Is the only participant of the MIG for the race day on 21 February. The other horses are happy that they don’t have to go out in this bitter cold.

Spectators (i) often think that racehorses just start running without a plan. This is by no means the case, because behind every meter there is a tactic geared towards races and opponents, and what often looks like a wild ride usually follows an individually defined race schedule. Connoisseurs can easily see the tactics used on the course with the naked eye.

The Matjes Institute has set itself the goal – just in time for the semi-finals for the Grand Matjes Prize 2020 – to also give occasional viewers a look under the racing saddle and explains 10 popular racing tactics with origin, opportunities and use.

was developed on the Horn of England near Cornwall and is one of the classics on the racetrack. The slow start is characteristic with a sharp increase in speed in the second half and a short breather at a high level shortly before the finish sprint.

from the area around Cuxhaven is indicated by a small wave, then withdraws again briefly, in order to finally break down over the opponents inexorably.

is a tactic that is much calmer. It is particularly suitable for beginners and is more aimed at a place in the moderate midfield.

is a popular and also feared tactic. It comes from the eighties of the last century. However, you will hardly be able to surprise an opponent with this tactic today.

is rather not a tactic and boring. For shy horses who do not like to hear their name on the speakers and want to run an inconspicuous race, this race division can be an option.

peaks right in the middle of the race. The ascent and descent are quite arduous. Victories can hardly be won with this tactic.

Where there is a mountain tactic, there is also a valley tactic. This is what the saying goes. The charm comes from the momentum at the start of the race and towards the end. With a little luck, the enemies’ slipstream can be searched and found around the middle of the distance.

is used exclusively for escape and runaways. If you don’t like to give up your slipstream, you’re on the safe side here. Experience has shown that the escaped distance usually does not last until the goal is reached.

is the first choice for confident horses with a penchant for arrogance. The audience is offered a mad chase and the commentator usually flips out of the box. This shape of tactics was named by Snapshot III, who first showed it in the United States in 1948.

unsettles opponents as well as betters, from the first to the last meter. The wave racing form, also technically known as high-frequency tactics, allows the pulse to quickly reach 380. If you like, you can also hit a cosine hook and stretch the nostrils past the competition to the finish on the target tangent.

Racing tactics in theory and practice

Even the most ingenious tactics does not guarantee success if, for example, the opponents do not play along, it is used on the wrong track or the horse is out of shape on race day.

The tactics are often not evident in the race, but during training, each horse’s tactics can be visualized in real time using the TRO Tactics Revelation Option developed at MIG. Since version 150.50, the TRO has been part of the standard scope of delivery of the GaloppSim Horse Racing Simulator and is available for free download to every racing team owner.

When the United Kingdom’s withdrawal from the EU came into force at the end of January, the question arose of what will happen to our British partner racing team in Manchester. Initially, the negotiated transitional arrangement was used to prevent the two Shetland ponies Frank the Highlander and Lampard One from pulling the grass from under their hooves and to prepare the two – also linguistically – for a likely move to Hamburg.

Now that the EU Commission has received the clearance certificate under competition law, things will now move very quickly. The Northern English Institute will be dissolved with immediate effect and incorporated into the MIG Hamburg.

The racing ponies were brought to the Hanseatic city at the beginning of the month and are currently in the newly built quarantine paddock with their own stables, so that the two can start at the 2020 Matjes Grand Prix.

Lampard One took a remarkable fifth place at the Matjes Grand Prix in 2019. Frank the Highlander made it to the semi-finals and only just failed there.

Thanks to the attentive gaze of the director of the institute on the verge of a test race the character sign which is needed for the rendering of spectators was discovered. It had been hidden in the Latin alphabet between the lowercase letters h and j. For more than 2700 years it executed only easy jobs in words and phrases, often as a vowel for stretching words or to scare someone, but without to fulfil its actual task: spectating. The  discovery was already made in August by Marco Matjes, but it took severeal weeks of observing the character until the specialists at the institute were sure they have identified the correct character.

The New Racing Algorithm (NRA), developed in January at the MIG, will soon be used for the very first time in outer space. For the 50th anniversary of the moon landing, the GaloppSim developers have designed a space race that can be run on different planets and takes into account the respective gravity using the new technical capabilities of the NRA. GaloppSim version 150 will be launched in a few days.

Meike is in summer mode.
Slightly tanned and she has got a new haircut. The question of the existance of some kind of artificial humour (AH) in IT systems plagues the researchers at MIG for days now. The effect was first observed at the races for the Bernd-August-Trophy in Hannover on May 11, 2019, when in the third heat just a horse of the TÜV NORD refused to run. Was it a technical defect? Or a first sign of AH?

The episode was almost forgotten, when on 6 June – less than 4 weeks after the race in Hannover – a horse called “Elektrogaul” (Electric Nag) failed at the starting box of the second qualifying race to the Matjes Grand Prix in Hamburg. Was the battery empty? Or did someone pull the plug? The experts at MIG rather mean: That can not be a coincidence. Another indication of the existence of artificial humour!

Basically, this raises the question of whether computers have a sense of humour and decide in each situation what they think is funny. But where is the AH hiding? In the hardware? In the operating system? In the application? Or do the components think up the pranks together? An MIG researcher says that he recently heard something giggling under the keyboard, but that is not certain.

After the conspicuous accumulation of such incidents in GaloppSim (version 149.19SIT and 149.19GMP) the source code was analysed line by line, but no hints were found that the programmers force failures of certain horses. The code is formulated abolutely neutral with a start refusal probability of 1: 100 for each horse:

Research into artificial humour has only just begun after these discoveries, and apart from its core expertise in horse racing simulation, MIG has a keen interest in becoming a world leader in humour as well 🙂

Updated June 16, 2019: It happened again. In the fourth qualification race for the Matjes Grand Prix a horse called “IboProfen” finished on the very last place. It looked tired and sluggish from the start on and has reached the finish only with the utmost effort..

Updated June 24, 2019: The artificial humour seems to be evolving. It becomes more subtle and contains now also insider jokes. Many users of the SAP SolMan often complain about the speed performance of the system, but objectively it is by far the fastest 😉 The latest member in our team is Enno, who has successfully organised the Bernd-August-Trophy in Hanover as his first race event. Under the cheers of the audience, some of his own horses bred at our institute were starting.

The mudflat algorithms and the photofinish conversion algorithm were successfully implemented and released yesterday for the first time in practice. Today the algorithm designers have started working on the next major development – the New Racing Algorithm (NRA). The NRA will make the races more flexible and depict terrain-specific conditions such as water, snow, turf and sand in more detail, create the ground for steeplechase races and enable all conceivable constellations such as donkey, goat, unicorn or even mixed races.